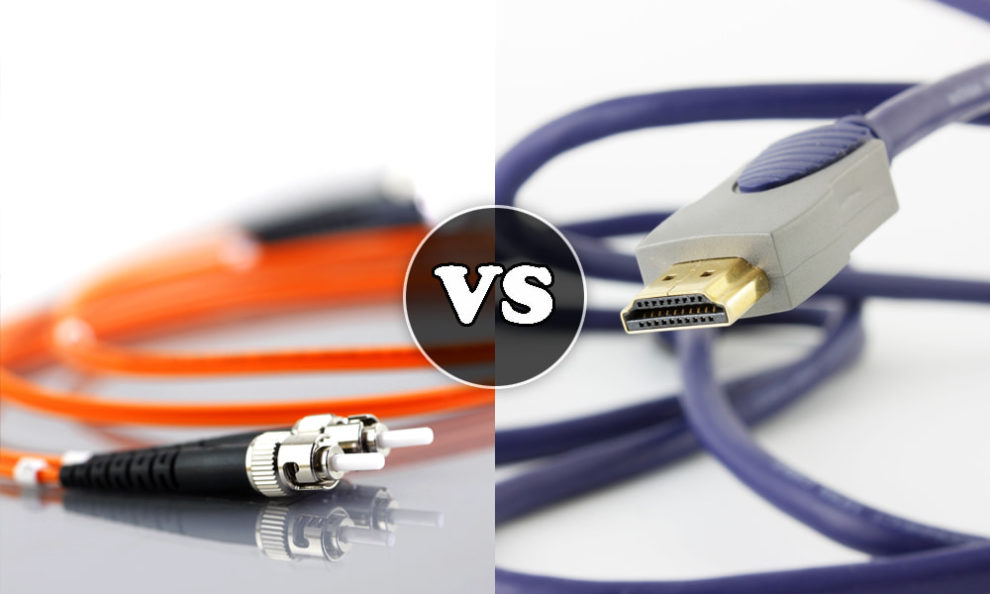 Installing a new theater system in your home is a little more complicated than just plugging your cable box into your television. You have to consider the speakers, subwoofers, and soundbars, among other things.

Of course, the best part of any home theater system is the audio. You want to be immersed in surround sound, feel the vibrations, and have it seem like you’re part of the action.

When it comes to a sound system, there are two popular cable connection options: Digital optical (which is just referred to as optical) and HDMI. These cable connections will connect your speakers to the receiver, which will also receive other media inputs.

So, between the two options, which is better?

Deeper Look into the Cables Themselves

While both optical and HDMI cables have their pros and cons, we need to have a better understanding of the makeup of each cable and its capabilities before we can compare them.

The optical cable is made from fiber optical cable, which is a group of thin strands of glass in a protective coating that uses lights instead of electricity. The cable supports Stereo, Dolby Digital, and DTS, and it can retain its quality for up to 10 meters. 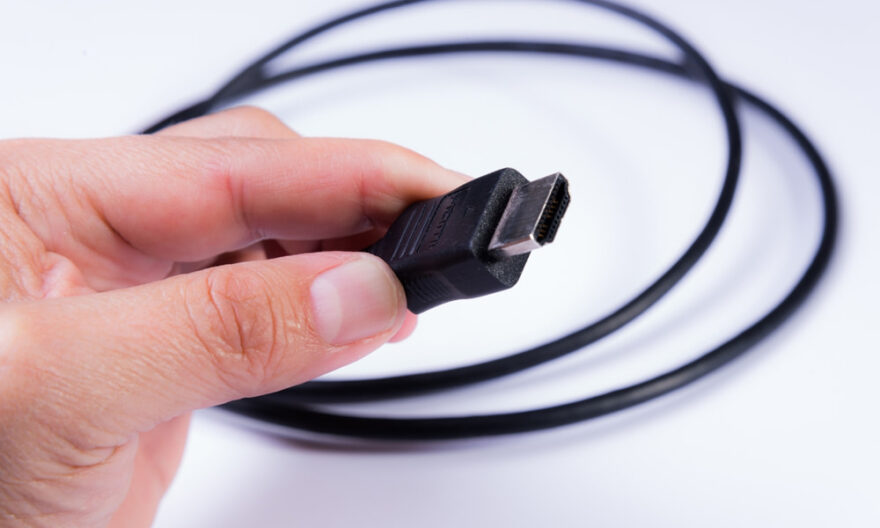 An HDMI cable is an audio and video cable that’s made with copper surrounded by a protected rubber coating. When speaking of just the audio portion, it’s often referred to as an HDMI ARC (Audio Return Channel). It’s able to maintain a clear audio range of five meters for the following formats: Stereo, Dolby Digital, DTS, Dolby TrueHD, DTS HD MA, Dolby Atmos, and DTS:X.

In the end, it comes down to the cables’ physical construction. Optical cables are far more brittle than HDMI. The glass fibers will break if you bend an optical cable too much. However, the copper will still conduct electricity if you bend an HDMI cable.

For most people, the distance in which a cable can keep the same quality audio may not even matter. However, this could be a deciding factor depending on the size of the room you’re using it in or the complexity of your setup. Optical wins this fight hands down with the ability to maintain quality at 10 meters and more, whereas HDMI tops out at five.

For most home theater systems, you’ll have no problem finding devices that are supported by both optical cables and HDMI. However, we believe HDMI is the clear winner when it comes to audio support.

In addition, HDMI can support so many more formats and is more likely to adapt to newer audio technologies that manufacturers will incorporate. You’ll really notice the difference when watching Blu-ray, for example.

Here are some of our favorite cables that we like using, whether for a simple setup or something a little more complex. 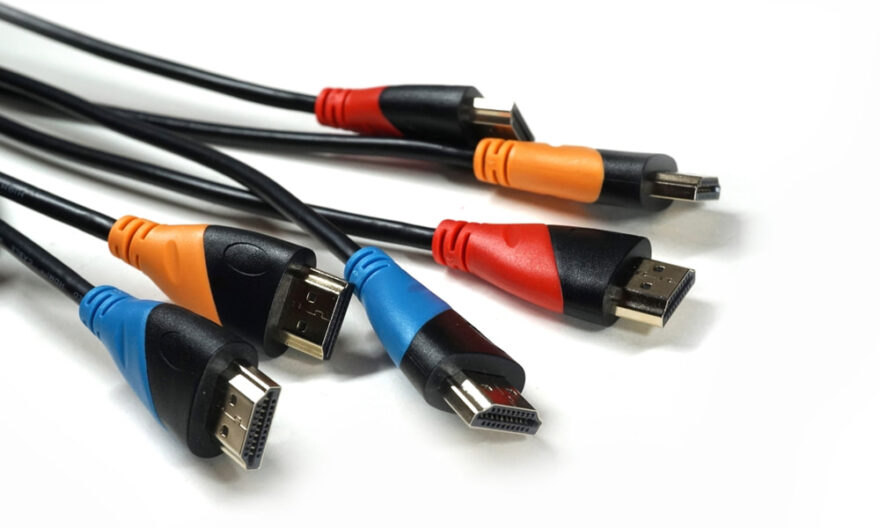 You’ll notice the majority of the benefits in this cable through its video capabilities. However, its audio capabilities are just as good as it’s an HDMI ARC. This cable can connect to everything from gaming devices to A/V receivers and many other HDMI-enabled devices.

PowerBear’sHDMI cable is perfect if you want to set up a complex home system as you can get lengths of up to 75 feet, and it supports Dolby TrueHD 7.1 and ARC. It works with all your HDMI-compatible devices and comes in 12 different lengths.

iVanky’soptical cable comes protected in a heat-resistant, nylon-braided coating while allowing for some flexibility.

For a simple setup, the AmazonBasics Digital Optical Audio will give you all you need. There’s nothing fancy about it but the audio is clear, and it’ll work with all of your multimedia equipment at home, such as your television and cable box.

Our Choice for Best Cable and Why

We believe you’re better off choosing the HDMI cable for your sound system as it’s more rugged. It also seems to be where the future of audio technology is headed. Digital optical cables are of good quality but they appear to be on their way out.

Additionally, you’re far more likely to get the support you need with an HDMI cable, as it supports so many different audio formats. Most households will be fine with the five-meter radius for quality sound and won’t have to worry if the cable gets bent to fit around a beam.

HDMI cables have been improving with technology, most noticeably in video. However, the connection is still the same, so all you’d need is a new cable. Additionally, the changes so far are so slight that most wouldn’t notice much of a change.

With manufacturers focusing on improving their technologies through HDMI, you’re going to be able to keep ahold of your devices much longer. Digital optical will end up going by the wayside.