THE hot topic in the tech world right now is undoubtedly the release of the newest line of Apple iPhones. Every fall for the last 10 or so years, Apple fanatics anxiously await the newest smartphone. What features will it have? Will it be bigger? Smaller? Have a cool new feature? Can it read my mind?!? Well, maybe not that last part, but you get the point. Apple’s annual release of the iPhone is more or less a national holiday in the tech community, but the real question is, does it deserve the hype?

Aside from the launch of the iPhone X last year, the highly anticipated yearly releases have been fairly underwhelming in the recent past. Some slight structural changes, a few adaptations and minor feature upgrades, but nothing on the scale of what other manufacturers are doing. For instance, Motorola has really taken things to the next level with the release of their Moto Z series. Yeah that’s the one you can add projectors, hi res cameras, speakers, etc… just by snapping it on the back of the phone. That’s pretty damn cool in my opinion, but Apple seems disinterested, or just plain oblivious to what’s so apparently happening around them.

But then again, if you were Apple and you hadn’t been seriously challenged by another manufacturer since Carson Daly was hosting TRL, would you really be that worried?

Judging by the release of the most recent iPhone series, the XS, XS Max, and XR, the answer seems to be a resounding NO. What makes us say that? Pricing. Plain and simple. One look at the prices of these new phones insists that not only is Apple not worried about the competition, they’re upping the ante by proclaiming their phone is the best and even if it isn’t, their customer base is so loyal they’ll pay for it anyway. I mean, let’s be serious, those interested in the XS Max might want to consult a local bank or credit union for a loan to buy it. Ok, that may be a bit extreme, but the point is these phones ain’t cheap! 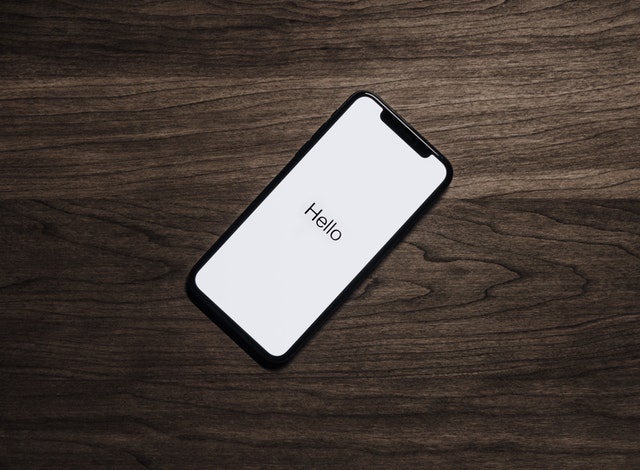 Let’s get into the specs on the models:

This is the “budget” option amongst the new models. Obviously I say “budget” with a strong sense of sarcasm because it starts a hefty price tag of $749. Here’s a breakdown of the specs:

Now we get into the Ferraris of this year’s class. XS and XS Max are the flagship models for 2018-19 and thus carry the highest price tag. The XS starts $999 and the XS Max comes in at a staunch $1,099. Did you know you could drink over 100 lattes from Starbucks and spend a day or two in Vegas for that?? I digress, but here’s the specs for these bad boys:

So here we have a few interesting upgrades. First being the A12 Bionic chip that helps launch apps faster (not sure if app launching speed is a huge complaint, alas here it is). Like it’s smaller sibling, the extended battery life is also a nice touch. As a huge music guy, the stereo sound quality is a very nice touch and something I personally felt needed to be improved upon from the older models. The nicest touch Apple made to this phone, in my humble opinion, is the increased water resistance. Anyone who has owned a smartphone, or phone in general, has at some point dropped it in or around liquid. Lakes, oceans, rivers, toilets, beer pitchers, bathtubs, have all fell victim to a rouge smartphone taking refuge in them due to the carelessness (or intoxication) of it’s owner. Kudos, Apple.

You may be asking yourself, “what does Jesus have to do with this?” one could argue quite a bit, but that’s a conversation we won’t touch on here because in this scenario the “J” stands for Jobs. Steve Jobs that is. There has been a lot of noise associated with this latest Apple release, and one of the main topics that has arisen has been trying to identify what the late founder of Apple would think of these astronomically high prices. Look, I never met the guy, but I’m having a hard time believing that the guy that built Apple out of a garage in the 70’s would be ok with pricing phones like this.

Let me rephrase that. I don’t believe he would be ok with charging that much for the quality. As previously mentioned, the functionality upgrades on these phones from last year’s release is really quite pedestrian, and Apple has followed this minimalistic upgrade approach for years. Jobs was all about pushing the limits, being creative, and delivering truly awe-inspiring products. It seems that the current Apple team has abandoned a lot of that logic in favor of a more conservative approach.

What should you do?

After spending the majority of this article bashing Apple and it’s team, the sad fact is that many, including myself will probably end up purchasing one of these new models. Let’s face it, I’ve had my iPhone 7 plus for almost 2 years, I’m comfortable with where my apps are, everything I own is backed up by iCloud, and I’m pretty sure I’d be unable to function without iMessage. Long story short, Apple has built a monopoly off of people like myself that rely on the functionality and utility of the iPhone and they’ll continue to prosper because of that reliance.

Ok, that was a touch depressing, so let’s end this on some positive thoughts with regards to this new release. The first thing that comes to mind when discussing Apple’s accolades should be consistency. I mean damn if these people aren’t consistent! These people adopted the, “if it ain’t broke, don’t fix it” model and ran with it. I’ve had Apple phones since the iPhone 4 release back in 2011 and it operated almost exactly the way my 7 plus does now. This makes buyers feel incredibly comfortable buying new products, especially older buyers that can be easily scared off by smartphone technology. Next is functionality. These phones will do just about anything you could ever want/need them to do, and while some (like myself) may have gripes about wanting more, do we really need it? The answer is probably not. The average user probably won’t access more than 50% of the phones capability for the duration they own it. Last is dependability. Aside from the incredibly aggravating and unnatural ease of breaking the screen, these phones are hard to kill. iPhones have excellent backup measures (iCloud, etc…) that protect your information and allow you a mostly worry-free experience. Along with this, the sheer amount of Apple Stores throughout the world create buyer confidence because even if you break it, there’s some guy or gal out there that can fix it.

***BONUS***
Want to know one of the best things about a new iPhone release? Previous models get a great discount. As mentioned previously in this article, Apple is great about releasing software updates across all platforms, including older Apple devices. This means you can get a lot of the functionality of a new iPhone XS or XR with an iPhone 6 or 7…at well under half the cost! Head on over to Amazon to check out some great deals on older models. Speaking of which, this certified refurbished iPhone 6 with 64gb storage for under $200 is a great place to start looking.

Have you purchased one of the new iPhones? Comment and tell us your experience!